9 Emerging Trends in Bathroom Design, According to Houzz 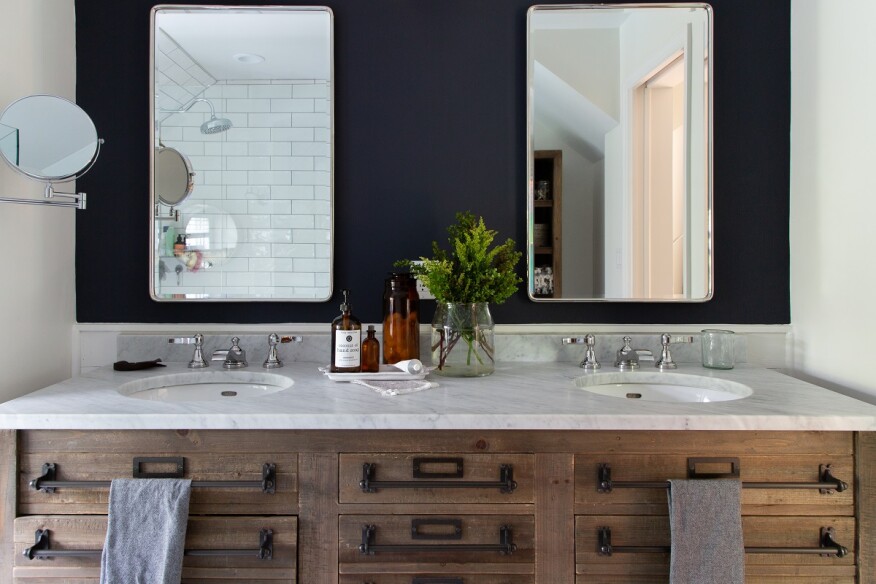 Home remodeling and design platform Houzz released its 2022 U.S. Houzz Bathroom Trends Study. The survey of more than 2,500 respondents found that the national median spend for primary bathroom projects increased nearly 13% to $9,000, while higher budget projects saw a 17% jump to $35,000 or more among homeowners.

“Bathrooms have always been a top room to renovate, and we’re seeing that homeowners driven both by aesthetic desires and functional necessities, are doubling down on their investment in these private sanctuaries,” says Marine Sargsyan, Houzz staff economist. “While the cost of products and materials has increased due to inflation and supply chain disruptions, renovation activity remains strong, propped up by high home equity and homeowners’ desire to stay put given limited housing supply.”

See below for nine design trends that are taking over in today’s bathrooms.

1. Transitional traits: Transitional style has taken the lead from modern to become the style of choice among renovators. Modern and contemporary are the next two most popular styles (16% each), followed by traditional (11%) and farmhouse (5%).

2. White walls: Walls outside and inside the shower continue to feature white, up by 3 percentage points each; gray is the second-most popular choice for both.

3. Vanity variety: Vanities are becoming focal points due to their color or tone. Wood—chosen by 30% of renovators—came in a close second behind white (32%) as the color of choice. Gray and blue are also fairly common, chosen by 14% and 7% of renovators, respectively.

4. Sink selections: Undermount sinks continue to grow in popularity, gaining 3 percentage points this year. Vessel and trough sinks, on the other hand, declined in popularity, to 7% and 3%, respectively. Double sinks are still popular, chosen by more than three in five homeowners (64%).

8. Luxurious lighting: Recessed lights are a popular choice among more than half of renovating homeowners (51%). Ceiling lights (39%), sconces (36%), shower lights (34%), and wall lights (33%) are installed among more than a third of bathrooms as well.

The Design Trends for The Bath Next Year