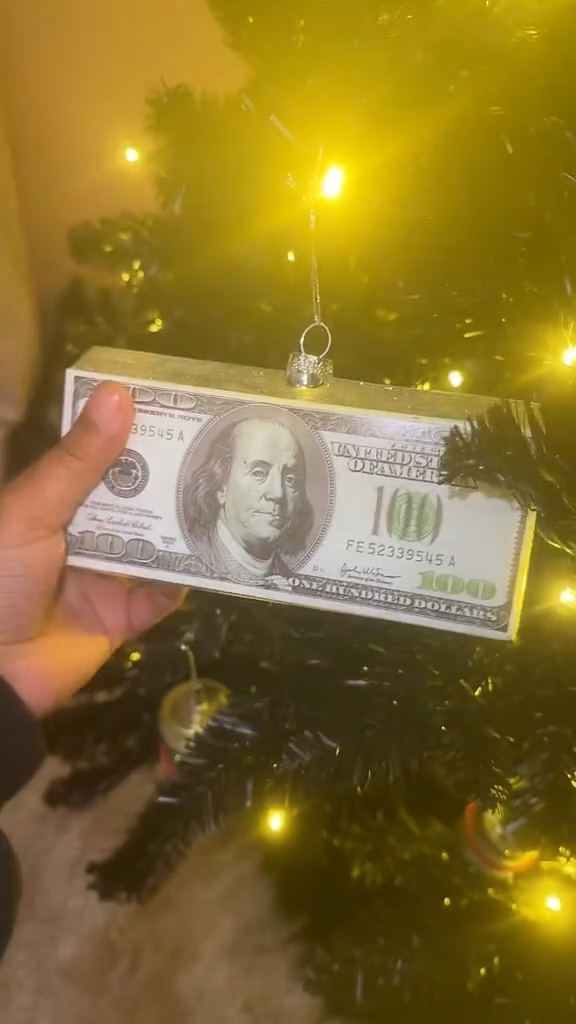 KIM Kardashian has created an extravagant Christmas scene in her daughter North’s massive pink bedroom ahead of the holidays.

The nine-year-old has been showing off her holiday cheer via TikTok posts on the account she and her famous mom share.

The Christmas season has arrived, and Kim’s home is decorated to the nines, including her daughter North’s bedroom.

Fans have gotten several looks at the young Kardashians star’s holiday decor inside her sweet all-pink bedroom via her TikTok posts.

Earlier this month, she gave followers a “tour” of a tiny Christmas tree inside her room, decorated to her taste with various ornaments including several mimicking the look of a stack of money, cameras, and more.

North showed herself adding ornaments to the tree, which was outfitted with simple white lights. 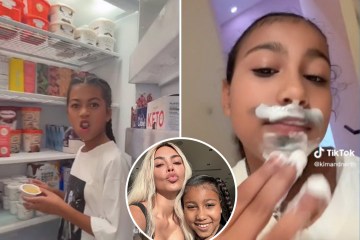 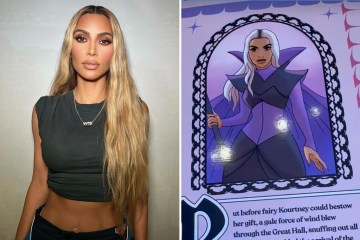 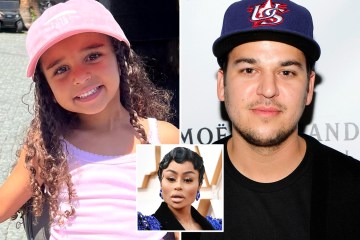 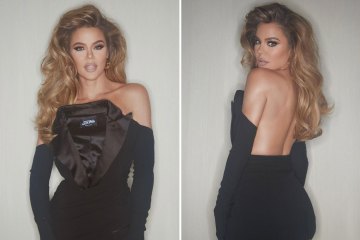 In a previous post, shared days after Thanksgiving, she posted a video featuring a Christmas song as she showed off her nighttime routine.

The clip kicked off with a view of what appeared to be a vanity or side table featuring a lit Christmas tree candle, a fake gingerbread house, and other non-seasonal decorative pieces, like a miniature Eiffel Tower.

North then showed off her festive pajamas, as well as some products she likes to use before bed before she turned down her comforter and prepared to call it a night.

The youngster makes a habit of filming in her large bedroom, showing off the space to fans.

In November, she shared another TikTok shot in her room, this time featuring her mom.

While it didn’t show any of her holiday decor, it did give fans a look at her sanctuary.

The star danced to a song with her mom while standing in front of what looked to be a door with a basketball hoop hung over it.

Behind her pink tufted seating could be seen on top of a plush rug on her floors, which appear to already be carpeted.

In front of the seats, there is a large window with long pink curtains and a TV hung on the princess pink walls.

It appears in the video that there is even more space off to the side of the seating area shown, but it’s not visible in the clip.

Earlier that same month North did, however, show off other spaces in her room.

In one of several wild videos shared by the SKKN mogul’s daughter, she showed herself and an unidentified girl dancing while music played.

North donned pink silky pajamas that were almost the same color of her walls and furniture.

Behind her, an adorable butterfly bed with silky pink bedding could be seen.

Beside her bed was a nightstand with a lamp that was turned on at the time.

The walls and ceiling in her room were painted the same shade of light pink.

In a second video, North appeared with yet another unidentified older girl, again dancing in a wild way.

The video kicked off with Kim’s oldest child standing in front of the open door to her personal bathroom, which features marble floors, a large vanity with a sink, and a mirror on the wall.

North’s bedroom floors appeared to be carpeted in a tone not dissimilar to the one on her walls.

At one point, a mountain of what looked like containers of slime could be seen lining one of her bedroom walls.

A third Tiktok video showed North again dancing, showing off another part of her room.

A large TV hung on the wall adjacent to her large bed.

Comments on the videos were turned off, but critics have had plenty to say about North and Kim’s decisions pertaining to her as of late.

North appears to be as big on the holidays as her mother, and equally keen to show off her space as well.

In December 2021, she showed off the holiday display in her room just as she has been in recent days.

At the time, she opted to focus on her vanity, which is pink like the rest of the furniture in her room.

On top of the desk was a pink sparkly nutcracker, tiny Christmas tree, a stockpile of candy, and a bowl of gingerbread cookies.

In her TikTok video, she appeared to offer viewers a taste, saying: “Want some gingerbread? Yum yum!”

Comments were again disabled on the clip, which was posted without a caption.