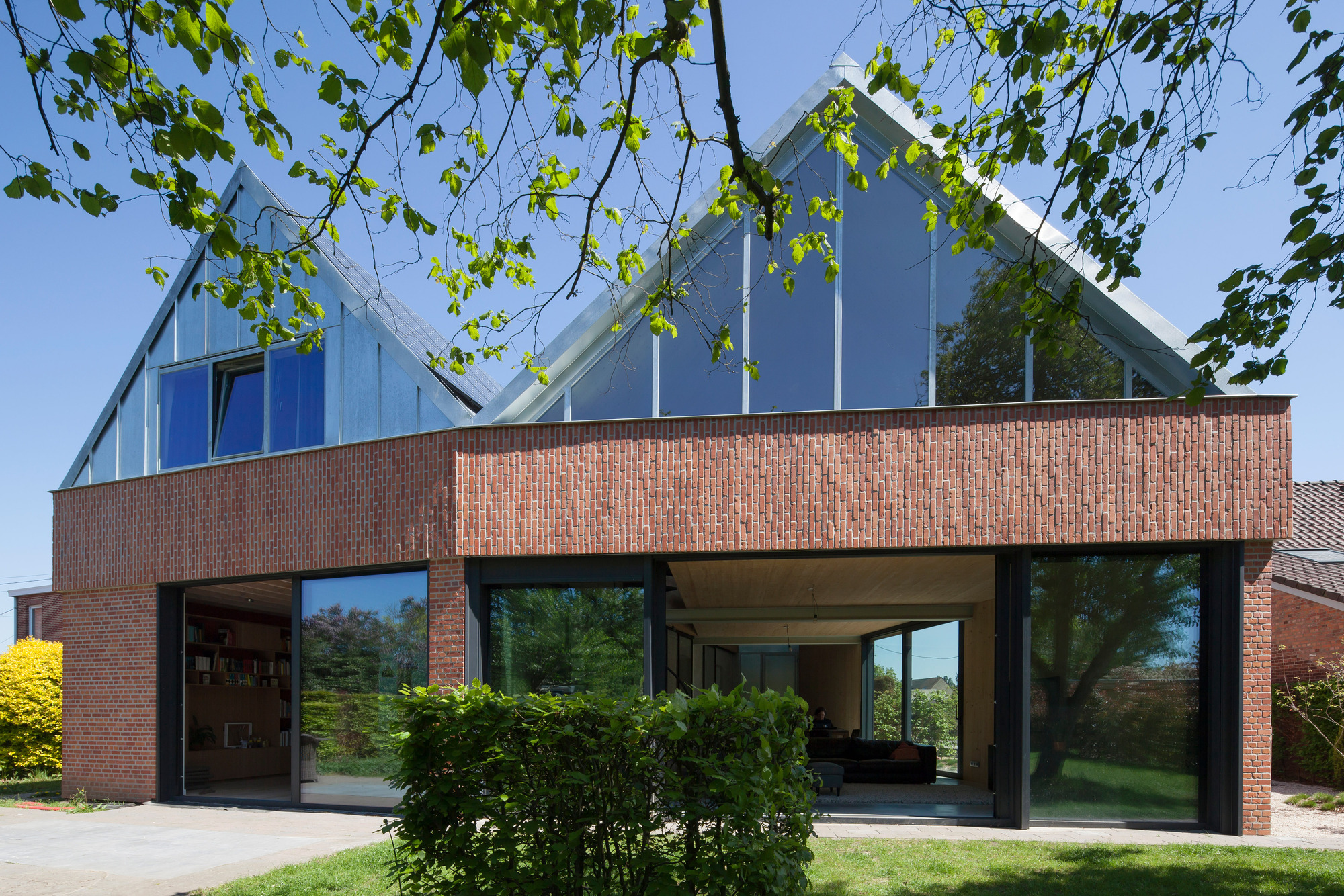 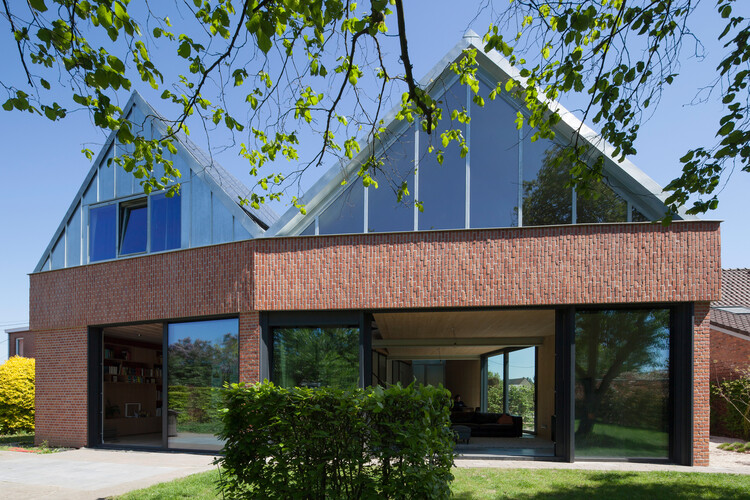 Text description provided by the architects. In the early 2000s, a modest red-brick farmhouse house was converted into an L-shaped home. Due to this shape, there was a limited relationship between the outside and specifically the garden. For this reason, the focus of this extension was the relationship of the garden to the indoor spaces. Therefore, a triangular addition was built that has the garden as its focal point and creates an outdoor area perpendicular to the street. This gesture opens up towards the garden in both plan and section. As such it minimizes the visibility of any intervention from the street elevation.

The new and old roofs are clad with the same zinc panels. The red brick that was used in the former farmhouse and the 2000s extension is also used in the new addition. The proportions of the facade are rescaled by adding a cornice that wraps around the building. It frames the composition making the house appear as one continuous form, rather than an obvious extension of an extension.

Above the horizontal cornice extends a roof that appears as an abstract metal landscape. The new pitched roof relates to the existing window openings on the ground floor by turning the cornice into a horizontal line that mirrors the existing windows. The L-shaped plan of the existing house is reorganized into an open plan that is structured by volumes with supporting functions.

The former brick exterior wall is now used as a filtering wall with sliding glass panels. The layout of the triangular extension follows the structure of the existing home by extending its logic into a flexible open space that can be arranged as desired. It offers an open view of the garden, only interrupted by the spiral stairs. A mezzanine level is introduced to function as a hobby room, framed within the unfinished wood of the Cross Laminated Timber.